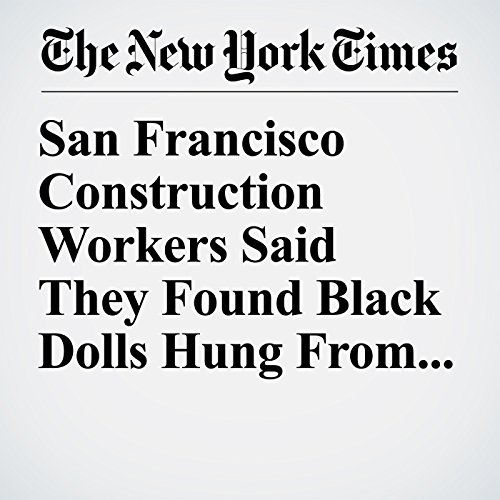 Three African-American construction workers said this week that they were targeted by racial slurs and death threats, including black dolls hanging from nooses in the bathroom, while working on the site of a San Francisco high-rise.

"San Francisco Construction Workers Said They Found Black Dolls Hung From Nooses" is from the June 23, 2018 U.S. section of The New York Times. It was written by Mihir Zaveri and narrated by Keith Sellon-Wright.