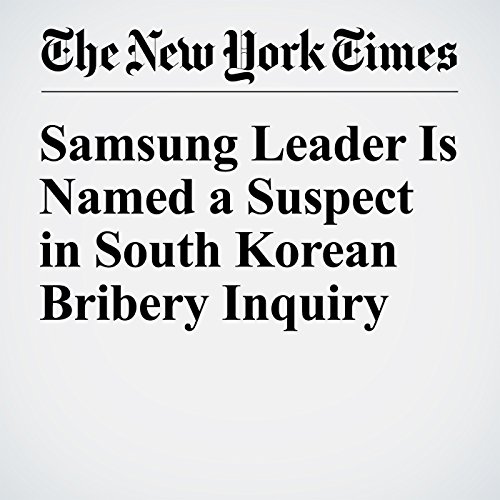 A special prosecutor investigating the corruption scandal that led to President Park Geun-hye’s impeachment summoned the de facto head of Samsung for questioning on Wednesday, calling him a bribery suspect.

"Samsung Leader Is Named a Suspect in South Korean Bribery Inquiry" is from the January 11, 2017 World section of The New York Times. It was written by Choe Sang Hun and narrated by Fleet Cooper.