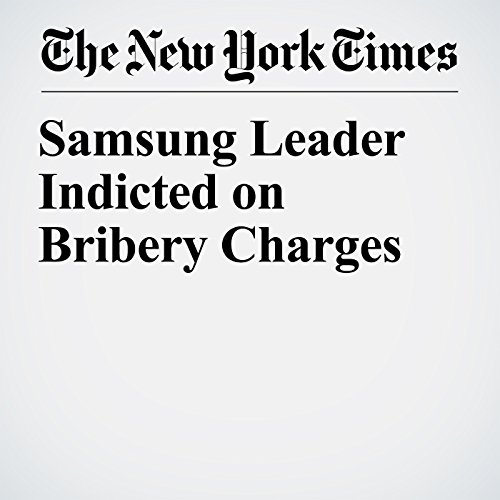 The head of Samsung, one of the world’s largest conglomerates, was indicted on bribery and embezzlement charges on Tuesday, becoming one of the most prominent business tycoons ever to face trial in South Korea.

"Samsung Leader Indicted on Bribery Charges" is from the February 28, 2017 World section of The New York Times. It was written by Choe Sang Hun and narrated by Keith Sellon-Wright.