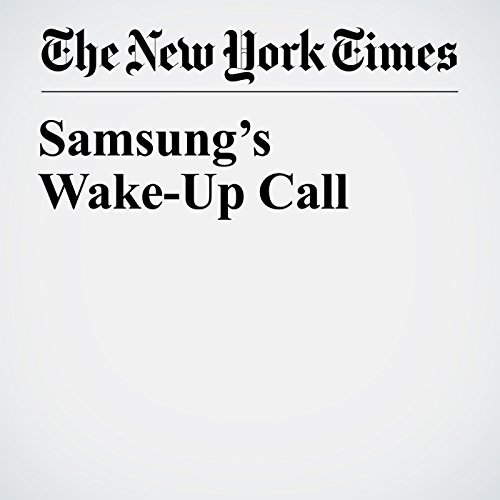 Jay Y. Lee, heir to one of the world’s biggest corporate empires, followed in the footsteps of his prominent father. He took charge of key businesses. He hobnobbed with his country’s president. He brought in new ideas.

Then, like his father, he was charged with breaking the law.

""Samsung’s Wake-Up Call"" is from the March 04, 2017 Business section of The New York Times. It was written by Choe Sang Hun and Paul Mozur and narrated by Jenny Hoops.