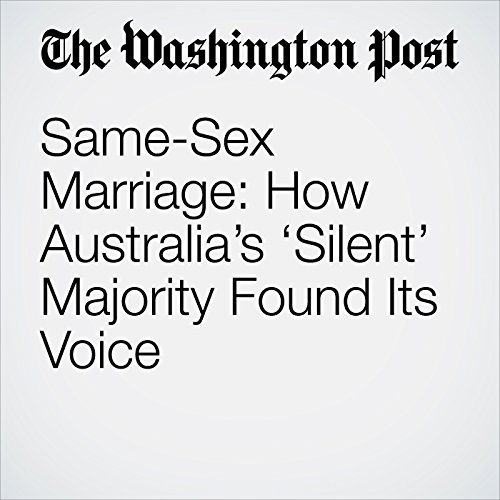 Social conservatism, as an international political movement, may have just scored one of its greatest-ever own goals.

"Same-Sex Marriage: How Australia’s ‘Silent’ Majority Found Its Voice" is from the November 20, 2017 Global Opinions section of The Washington Post. It was written by Richard Glover and narrated by Sam Scholl.