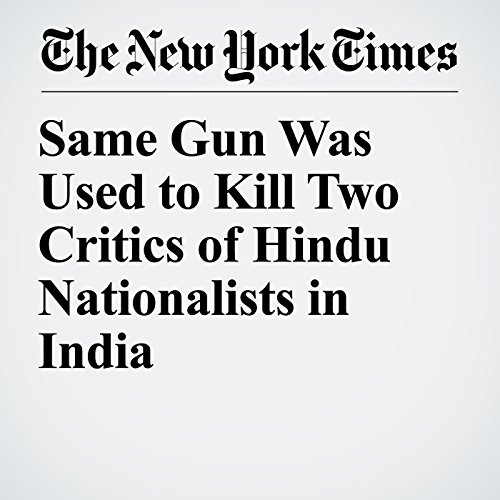 The gun that was used last year to kill a prominent journalist critical of the Indian government was the same weapon employed in the murder of a scholar with similar ideological leanings, the local news media said Friday, citing a forensic report.

"Same Gun Was Used to Kill Two Critics of Hindu Nationalists in India" is from the June 08, 2018 World section of The New York Times. It was written by Maria Abi Habib and narrated by Mike DelGaudio.