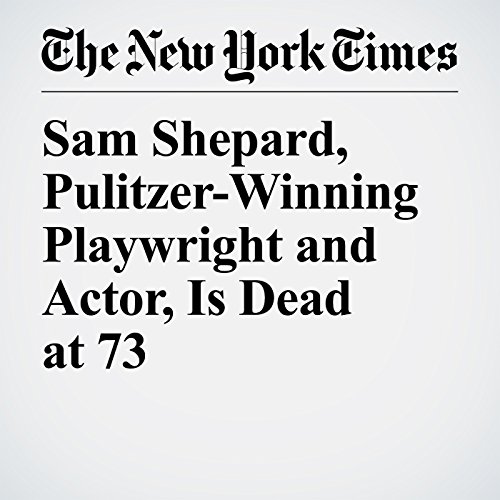 Sam Shepard, Pulitzer-Winning Playwright and Actor, Is Dead at 73

Sam Shepard, the celebrated avant-garde playwright and Oscar-nominated actor, died at his home in Kentucky on Thursday of complications from amyotrophic lateral sclerosis, or Lou Gehrig’s disease, a spokesman for the Shepard family announced Monday. He was 73.

"Sam Shepard, Pulitzer-Winning Playwright and Actor, Is Dead at 73" is from the July 31, 2017 Entertainment section of The New York Times. It was written by Sopan Deb and narrated by Barbara Benjamin-Creel.