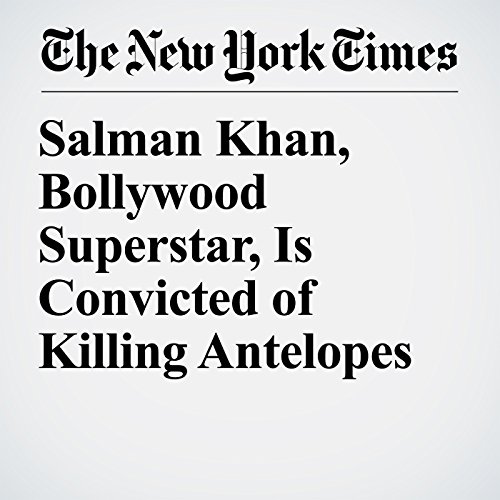 "Salman Khan, Bollywood Superstar, Is Convicted of Killing Antelopes" is from the April 05, 2018 World section of The New York Times. It was written by Kai Schultz and narrated by Kristi Burns.