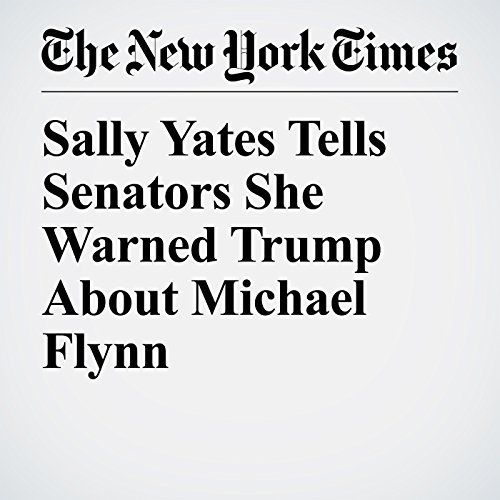 Less than a week into the Trump administration, Sally Q. Yates, the acting attorney general, hurried to the White House with an urgent concern. The president’s national security adviser, she said, had lied to the vice president about his Russian contacts and was vulnerable to blackmail by Moscow.

"Sally Yates Tells Senators She Warned Trump About Michael Flynn" is from the May 08, 2017 U.S. section of The New York Times. It was written by Matt Apuzzo and Emmarie Huetteman and narrated by Keith Sellon-Wright.