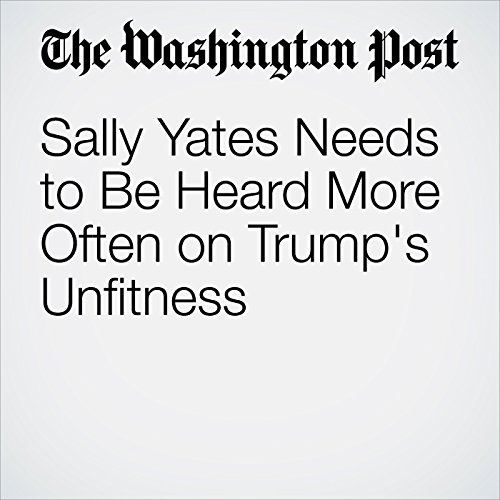 Former acting attorney general Sally Yates, who first alerted the White House to ex-national security adviser Michael Flynn’s lies and who was fired for refusing to defend the first travel ban (which was subsequently struck down, and then dropped by the administration) gave a recent interview. Her remarks should be taken to heart:

"Sally Yates Needs to Be Heard More Often on Trump's Unfitness" is from the October 17, 2017 Opinion section of The Washington Post. It was written by Jennifer Rubin and narrated by Sam Scholl.