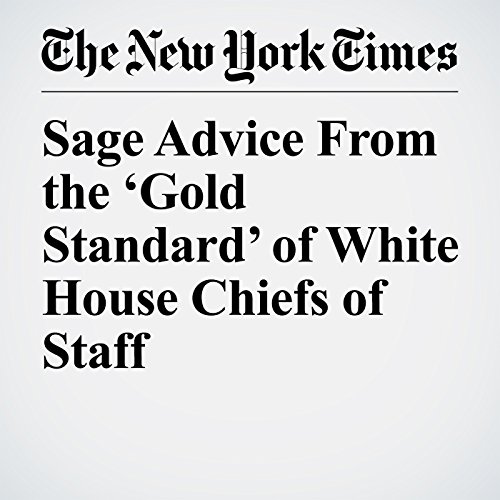 When a new White House chief of staff takes over, the smart ones check in with James A. Baker III, the only man to have occupied the office two different times for two different presidents and is widely considered to be the gold standard.

"Sage Advice From the ‘Gold Standard’ of White House Chiefs of Staff" is from the July 30, 2017 U.S. section of The New York Times. It was written by Peter Baker and narrated by Keith Sellon-Wright.