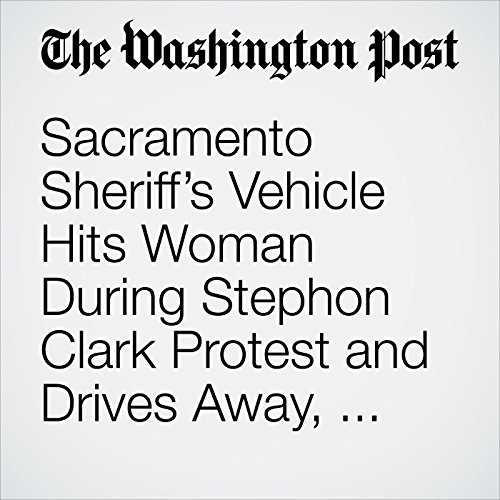 SACRAMENTO — A 61-year-old woman was struck by a police vehicle as it peeled away from protesters demonstrating against the police killing of Stephon Clark in what was described by the victim and protesters as a hit and run.

"Sacramento Sheriff’s Vehicle Hits Woman During Stephon Clark Protest and Drives Away, Video Shows" is from the April 01, 2018 National section of The Washington Post. It was written by Alex Horton, Rob Kuznia and Sawsan Morrar and narrated by Sam Scholl.