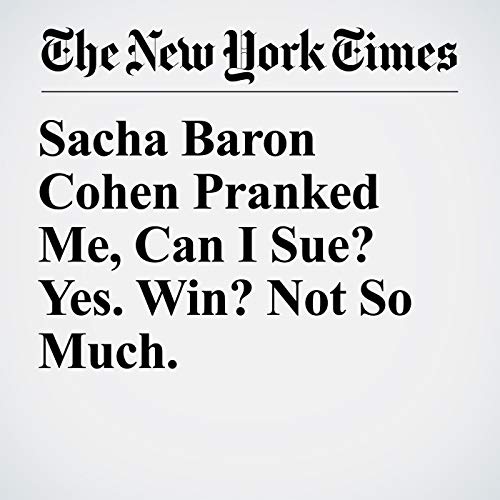 Sacha Baron Cohen, disguised as an anti-terrorism expert, coaxed Daniel Roberts, an ardent gun rights activist, into biting on a sex toy, and other embarrassing acts, while being filmed. Roberts thought he was part of a training video. Instead, he was being played for laughs, as part of an episode of Cohen’s Showtime series,

“Who Is America?”"Sacha Baron Cohen Pranked Me, Can I Sue? Yes. Win? Not So Much." is from the August 20, 2018 Entertainment section of The New York Times. It was written by Sopan Deb and narrated by Kristi Burns.

Cosa pensano gli ascoltatori di Sacha Baron Cohen Pranked Me, Can I Sue? Yes. Win? Not So Much.