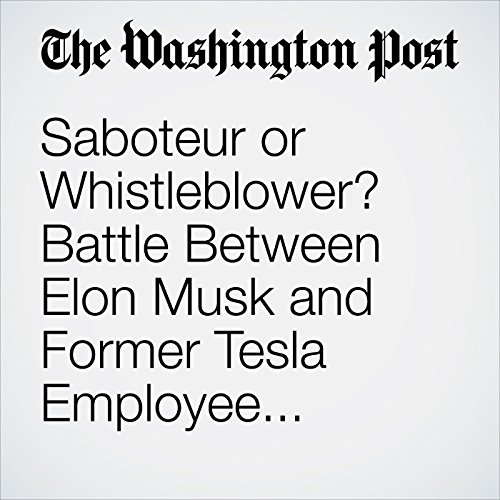 Hours after Tesla sued its former employee on charges he had stolen company secrets, and days after chief Elon Musk had called him a saboteur, the Silicon Valley automaker made a startling claim. The company had received a call from a friend of the employee, Martin Tripp, saying he would be coming to Tesla's Gigafactory battery plant in Nevada to “shoot the place up,” according to a Tesla spokesman.

"Saboteur or Whistleblower? Battle Between Elon Musk and Former Tesla Employee Turns Ugly, Exposing Internal Rancor" is from the June 21, 2018 Tech section of The Washington Post. It was written by Drew Harwell and narrated by Sam Scholl.