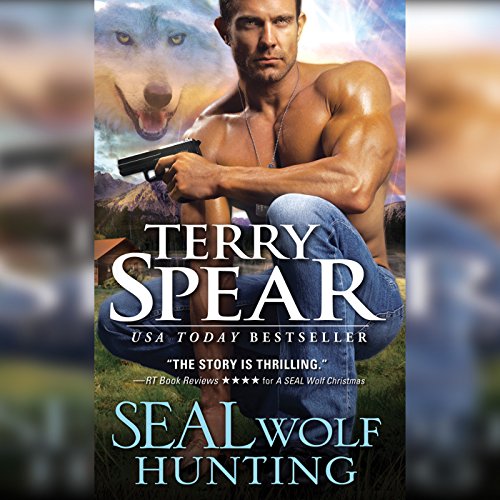 Paul Cunningham has eluded many traps in his long career as a Navy SEAL, but there's no way out of this one. On a rare visit home, he gets "volunteered" for a local charity bachelor auction, and the community is counting on him. Then he discovers that the sexy she-wolf with the winning ticket is Lori Greypaw - the one woman he could never resist. And she has plans for Paul that go way beyond a simple date. For the first time in his bachelor life, this alpha wolf SEAL is going to have to prove his worth....

Once again you go on a great journey with the author. The narrator is quite good. I highly recommend this book.

Would you consider the audio edition of SEAL Wolf Hunting to be better than the print version?

The narrator for the audible edition was Mackenzie Cartwright. She had a clear, pleasing voice and delivered a solid performance voicing both the female and male characters realistically. This is the first book I've listened to narrated by Ms. Cartwright but I would not hesitate to pick up another by her as she did an excellent job at bringing these characters to life. If you enjoy audios as I do, I feel that the audio enhanced my enjoyment as it allowed me to fully immerse seamlessly into the story.

OMG, that's tough! I really liked BOTH the hero and the heroine. They were each strong, genuine characters who were easy to relate to. Paul and Lori had history. They'd known each other since they were children. Lori's had a crush on Paul for years, but has made herself scarce when he's around as she didn't want to mate with Paul who was gone almost all the time with his globe-trotting military career.

Most definitely! I wish I could have listened to it straight thru! As it was, I was adding in extra workouts to fit in more listening time.

Terry has a knack for writing fast-paced, sweet and sexy, highly entertaining reads. This one has a fair bit of suspense also and I actually forgot to breathe quite a few times listening to it. I like that I can count on Terry's books to never be too dark, but filled with excitement, danger, surprising twists, loads of thrills and panty-melting romance. Every one of her books are must-reads for me! I highly recommend SEAL WOLF HUNTING to anyone who enjoys fun, howling-delicious paranormal romances!

Lovely and the chemistry between Paul and Lori is greag!
way to gl Ms. Terry Spear !