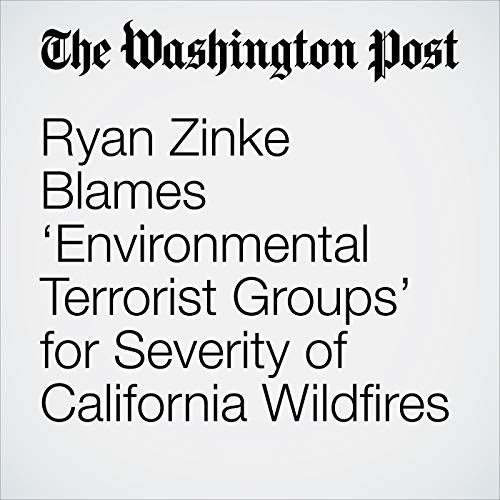 Wildfires strike California every year. But they’re getting worse, causing deaths and uprooting communities. But who is to blame for these increasingly destructive wildfires?According to Interior Secretary Ryan Zinke, it’s “environmental terrorist groups.”

"Ryan Zinke Blames ‘Environmental Terrorist Groups’ for Severity of California Wildfires" is from the August 15, 2018 National section of The Washington Post. It was written by Erin B. Logan and narrated by Sam Scholl.