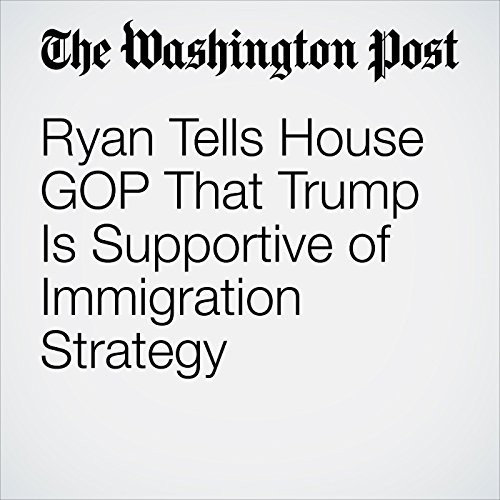 House Speaker Paul D. Ryan told Republican lawmakers Wednesday that President Trump is supportive of a move to consider a pair of competing immigration bills next week that deal with the fate of young undocumented immigrants.

"Ryan Tells House GOP That Trump Is Supportive of Immigration Strategy" is from the June 13, 2018 Politics section of The Washington Post. It was written by Mike DeBonis and John Wagner and narrated by Sam Scholl.