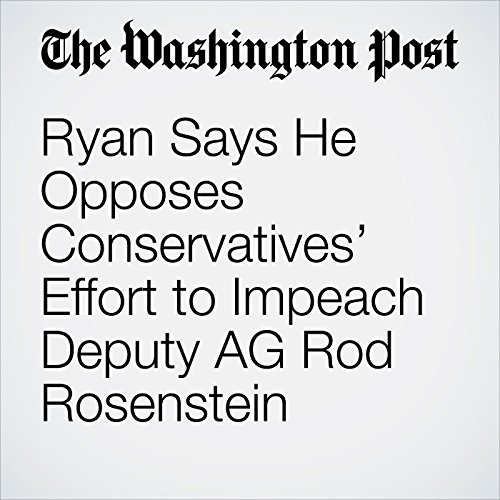 House Speaker Paul D. Ryan said Thursday that he opposes an effort by conservatives to impeach Deputy Attorney General Rod J. Rosenstein, as Republican leaders of the chamber sought to avert a vote on the volatile issue later in the day.

"Ryan Says He Opposes Conservatives’ Effort to Impeach Deputy AG Rod Rosenstein" is from the July 26, 2018 Politics section of The Washington Post. It was written by Mike DeBonis and John Wagner and narrated by Sam Scholl.