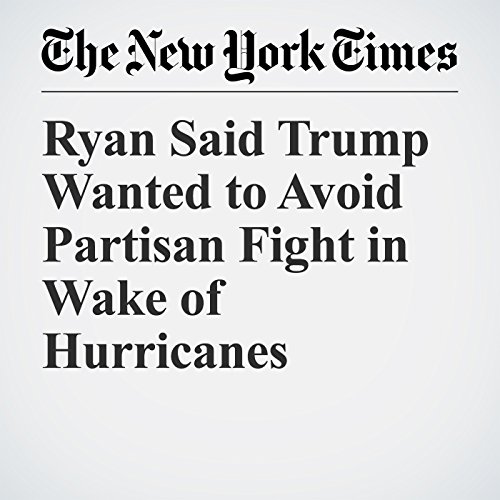 Speaker Paul Ryan on Thursday said that he understood President Donald Trump’s motivation for reaching a deal with Democrats over Hurricane Harvey aid, the budget and the debt ceiling but acknowledged that short-term fiscal solutions could be risky for the economy.

"Ryan Said Trump Wanted to Avoid Partisan Fight in Wake of Hurricanes" is from the September 07, 2017 U.S. section of The New York Times. It was written by Alan Rappeport and narrated by Kristi Burns.