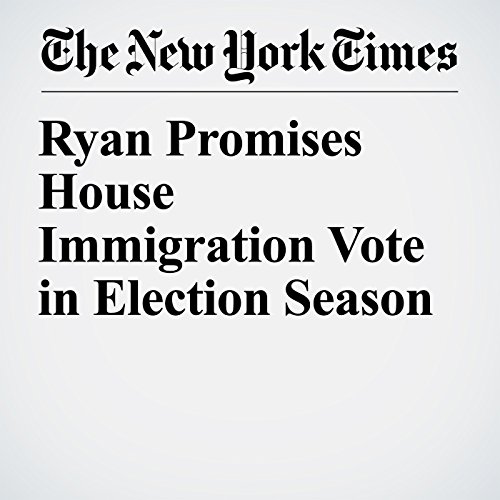 Hoping to defuse a Republican rebellion, Speaker Paul Ryan promised on Thursday that House Republicans would draft compromise legislation on immigration, setting up a showdown on one of the thorniest political issues just as the midterm campaign comes into focus.

"Ryan Promises House Immigration Vote in Election Season" is from the June 08, 2018 U.S. section of The New York Times. It was written by Thomas Kaplan and Nicholas Fandos and narrated by Barbara Benjamin-Creel.