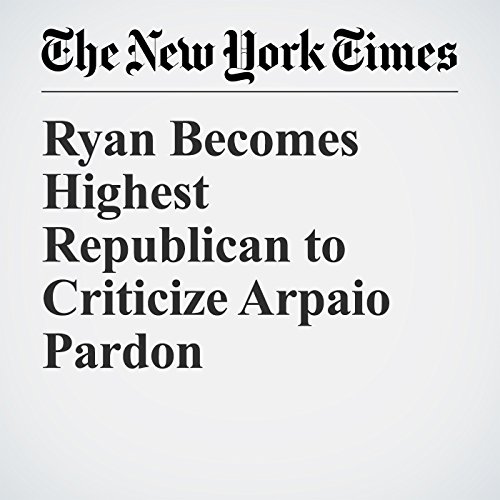 House Speaker Paul D. Ryan on Saturday criticized President Donald Trump’s pardon of the former Arizona Sheriff Joe Arpaio, making him the most prominent Republican to voice concern about the message the president had sent regarding his commitment to the rule of law.

"Ryan Becomes Highest Republican to Criticize Arpaio Pardon" is from the August 26, 2017 U.S. section of The New York Times. It was written by Maggie Haberman and narrated by Kristi Burns.