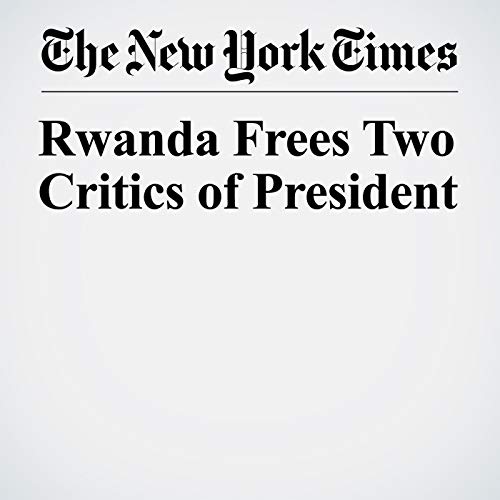 A prominent opposition leader and a popular gospel musician, both imprisoned after angering the government of Rwanda, walked free Saturday, after officials said that more than 2,000 inmates would be released.

"Rwanda Frees Two Critics of President" is from the September 15, 2018 World section of The New York Times. It was written by Richard Pérez Peña and narrated by Kristi Burns.