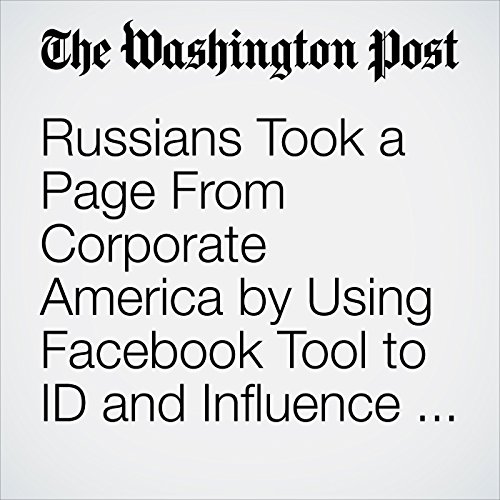 Russian operatives set up an array of misleading Web sites and social media pages to identify American voters susceptible to propaganda, then used a powerful Facebook tool to repeatedly send them messages designed to influence their political behavior, say people familiar with the investigation into foreign meddling in the U.S. election.

"Russians Took a Page From Corporate America by Using Facebook Tool to ID and Influence Voters" is from the October 02, 2017 Business section of The Washington Post. It was written by Elizabeth Dwoskin, Craig Timberg and Adam Entous and narrated by Sam Scholl.