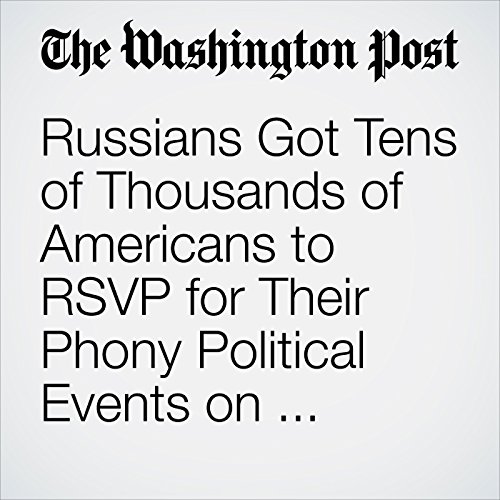 Russian operatives used Facebook to publicize 129 phony event announcements during the 2016 presidential campaign, drawing the attention of nearly 340,000 users -- many of whom said they were planning to attend -- according to a company document released by the Senate Intelligence Committee Thursday.

"Russians Got Tens of Thousands of Americans to RSVP for Their Phony Political Events on Facebook" is from the January 25, 2018 National section of The Washington Post. It was written by Craig Timberg and Elizabeth Dwoskin and narrated by Jenny Hoops.