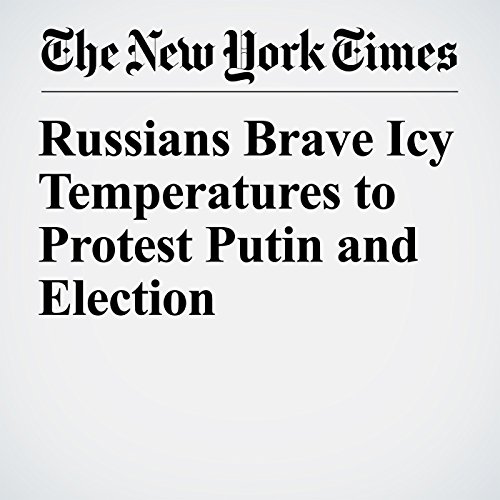 MOSCOW — Protesters across Russia braved icy temperatures on Sunday to demonstrate against the lack of choice in a March presidential election that is virtually certain to see President Vladimir Putin chosen for a fourth term.

"Russians Brave Icy Temperatures to Protest Putin and Election" is from the January 28, 2018 World section of The New York Times. It was written by Neil Macfarquhar and narrated by Keith Sellon-Wright.