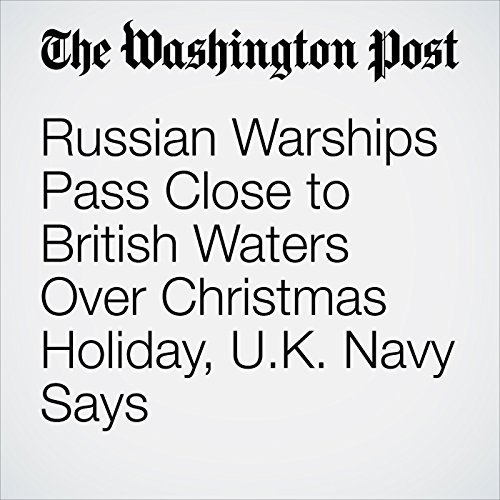 British ships and a helicopter were dispatched over the Christmas holiday weekend to track an “upsurge” of Russian naval vessels passing near British waters, the British Navy said Tuesday, as British and NATO leaders warn of Russian naval activity at levels unseen since the Cold War.

"Russian Warships Pass Close to British Waters Over Christmas Holiday, U.K. Navy Says" is from the December 26, 2017 World section of The Washington Post. It was written by Michael Birnbaum and narrated by Sam Scholl.