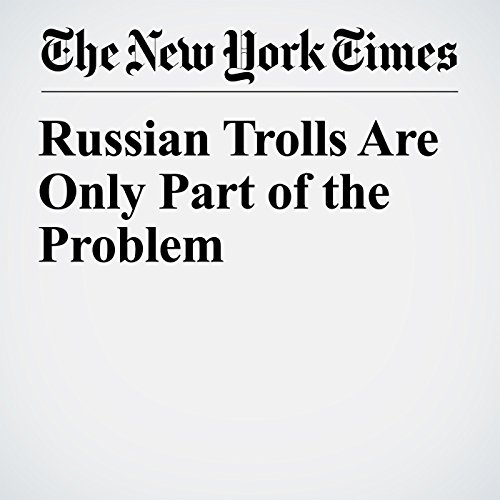 Russian Trolls Are Only Part of the Problem

Rest easy, everyone. A year after President Trump’s inauguration, Twitter claims it has solved the problem of Russian disinformation that plagued the 2016 election by playing — and according to Twitter executives, winning — this round of the game of Whack-a-Troll.

"Russian Trolls Are Only Part of the Problem" is from the January 26, 2018 Opinion section of The New York Times. It was written by Nina Jankowicz and narrated by Barbara Benjamin-Creel.