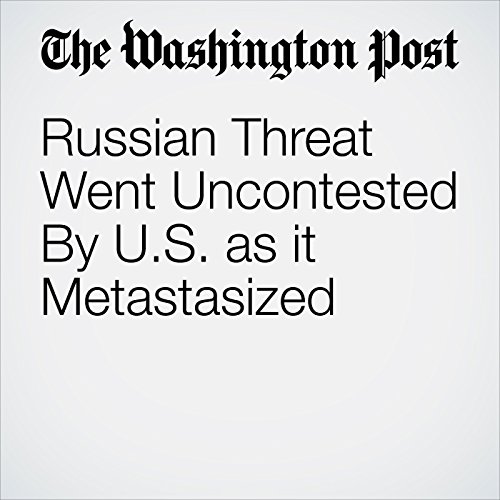 The events surrounding the FBI’s NorthernNight investigation follow a pattern that repeated for years as the Russian threat was building: U.S. intelligence and law enforcement agencies saw some warning signs of Russian meddling in Europe and later in the United States but never fully grasped the breadth of the Kremlin’s ambitions. Top U.S. policymakers didn’t appreciate the dangers, then scrambled to draw up options to fight back.

"Russian Threat Went Uncontested By U.S. as it Metastasized" is from the December 25, 2017 National section of The Washington Post. It was written by Adam Entous, Ellen Nakashima and Greg Jaffe and narrated by Sam Scholl.