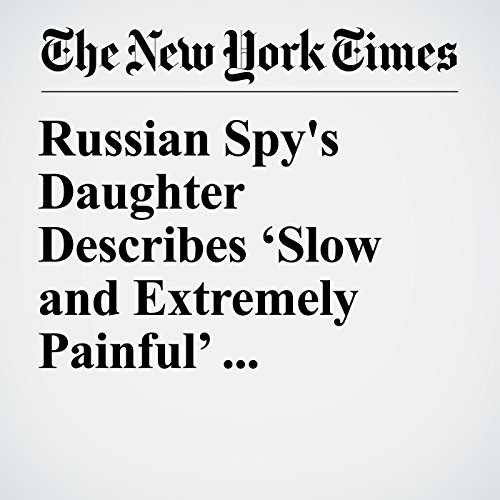 LONDON — Yulia Skripal, whose poisoning with a nerve agent in Britain this year set off a diplomatic clash between Moscow and the West, on Wednesday gave her first videotaped statement since the attack, describing her recovery as “slow and extremely painful” and saying that she hoped someday to return to Russia.

"Russian Spy's Daughter Describes ‘Slow and Extremely Painful’ Recovery From Poisoning" is from the May 24, 2018 World section of The New York Times. It was written by Ellen Barry and narrated by Kristi Burns.