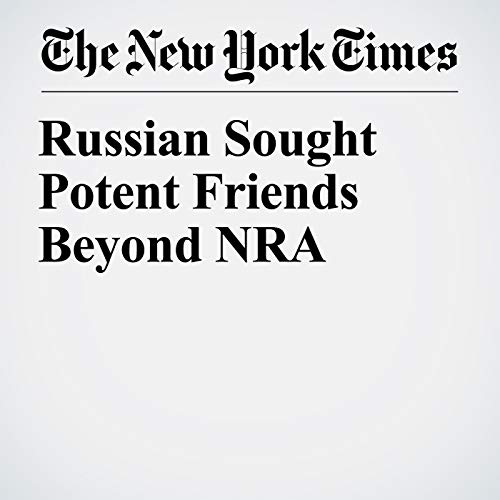 Twelve days after a young Russian gun-rights activist gained access to some of America’s most prominent conservatives, at an elegant dinner near the Capitol, a Republican operative was eager to keep the momentum going.

"Russian Sought Potent Friends Beyond NRA" is from the August 04, 2018 U.S. section of The New York Times. It was written by Matthew Rosenberg, Mike Mcintire, Michael Laforgia, Andrew E. Kramer and Elizabeth Dias and narrated by Keith Sellon-Wright.