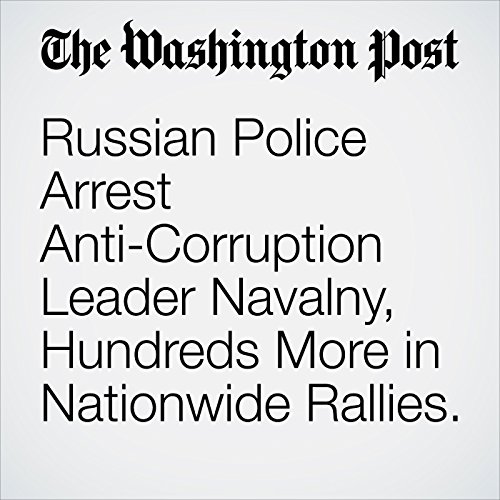 A wave of unsanctioned rallies swept across Russia on Sunday to protest corruption in the government of President Vladi­mir Putin in a nationwide show of defiance not seen in years, one the Kremlin had tried in vain to prevent with bans and warnings.

"Russian Police Arrest Anti-Corruption Leader Navalny, Hundreds More in Nationwide Rallies" is from the March 26, 2017 World section of The Washington Post. It was written by David Filipov and narrated by Sam Scholl.