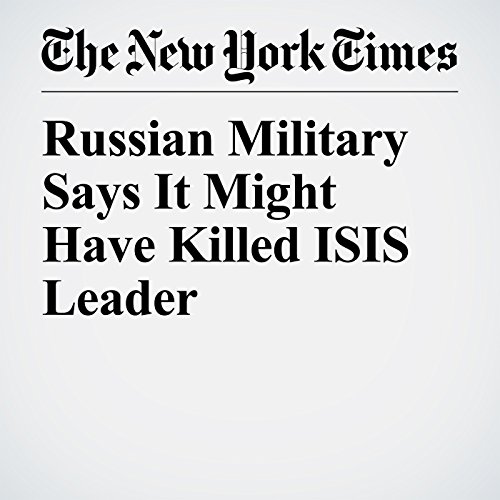 Russia’s military said Friday that it was looking into whether one of its airstrikes in the Syrian desert killed Abu Bakr al-Baghdadi, the self-declared caliph of the Islamic State group.

"Russian Military Says It Might Have Killed ISIS Leader" is from the June 16, 2017 World section of The New York Times. It was written by Andrew E. Kramer and narrated by Mike DelGaudio.