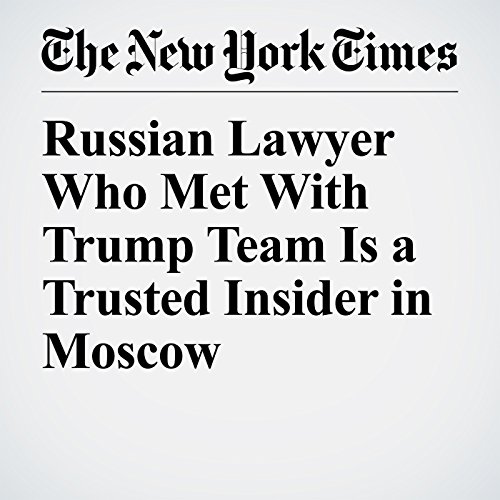 When American prosecutors accused a senior Russian official’s son of laundering $14 million by investing in Manhattan property and other assets, she was called to defend him. When Moscow regional officials battled Ikea over the Swedish retailer’s expansion, she took on their case.

"Russian Lawyer Who Met With Trump Team Is a Trusted Insider in Moscow" is from the July 11, 2017 World section of The New York Times. It was written by Neil MacFarquhar and Andrew E. Kramer and narrated by Kristi Burns.