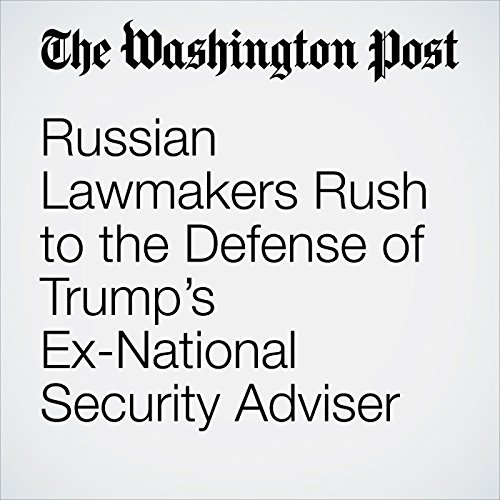 The heads of the foreign-affairs committees in Russia’s upper and lower houses of parliament chalked up Michael Flynn’s resignation to a dark campaign of Russophobia in Washington, and said it would undermine relations between the White House and the Kremlin.

"Russian Lawmakers Rush to the Defense of Trump’s Ex-National Security Adviser" is from the February 14, 2017 World section of The Washington Post. It was written by Andrew Roth and narrated by Sam Scholl.