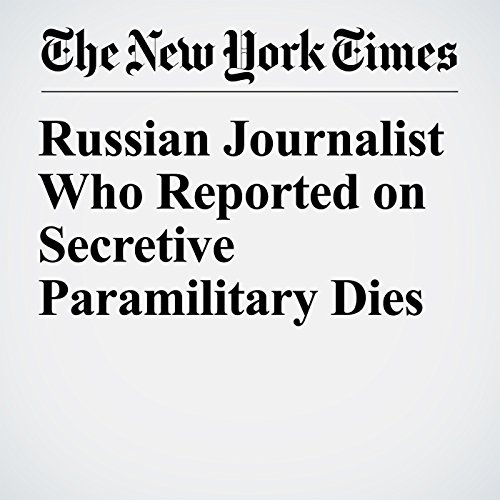 MOSCOW — A Russian journalist who had reported recently on clandestine Russian paramilitary groups in Syria died Sunday after falling from the balcony of his fifth-floor apartment in Yekaterinburg, authorities there said.

"Russian Journalist Who Reported on Secretive Paramilitary Dies" is from the April 16, 2018 World section of The New York Times. It was written by Matthew Luxmoore and narrated by Kristi Burns.