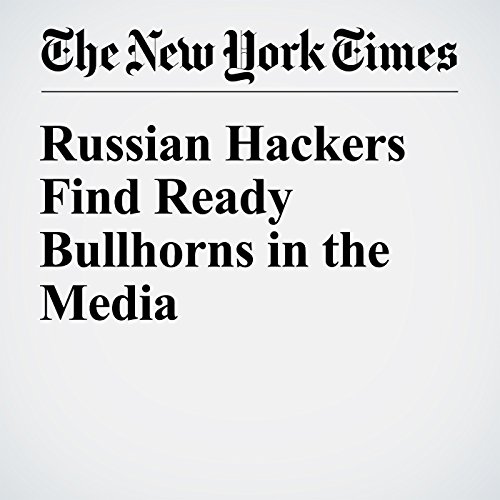 As the dust settles on Russian interference in the U.S. election, journalists are confronting an aspect that has received less scrutiny than the hacking but poses its own thorny questions: Moscow’s ability to steer Western media coverage by doling out hacked documents.

"Russian Hackers Find Ready Bullhorns in the Media" is from the January 08, 2017 World section of The New York Times. It was written by Max Fisher and narrated by Caroline Miller.