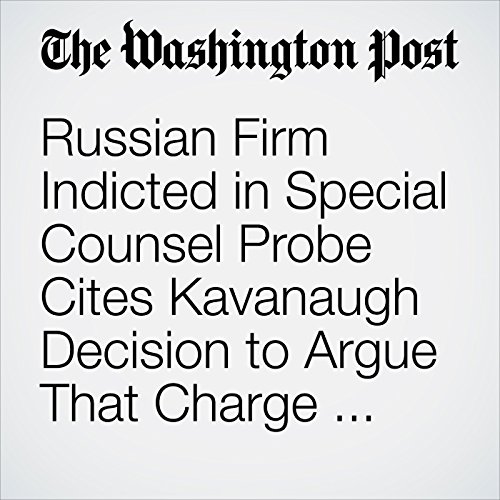 A Russian company accused by special counsel Robert S. Mueller III of being part of an online operation to disrupt the 2016 presidential campaign is leaning in part on a decision by Supreme Court nominee Brett M. Kavanaugh to argue that the charge against it should be thrown out.

"Russian Firm Indicted in Special Counsel Probe Cites Kavanaugh Decision to Argue That Charge Should Be Dismissed" is from the July 20, 2018 Politics section of The Washington Post. It was written by Robert Barnes and narrated by Kristi Burns.