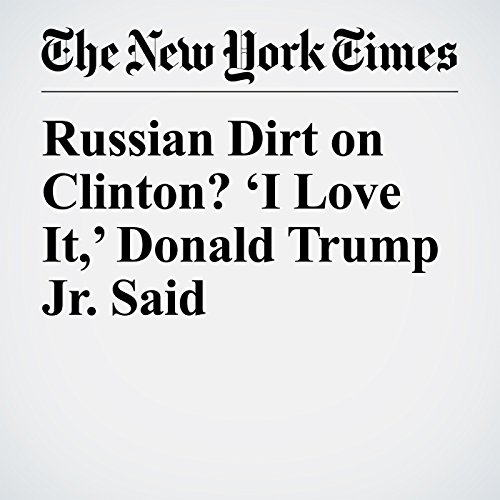 The June 3, 2016, email sent to Donald Trump Jr. could hardly have been more explicit: One of his father’s former Russian business partners had been contacted by a senior Russian government official and was offering to provide the Trump campaign with dirt on Hillary Clinton.

"Russian Dirt on Clinton? ‘I Love It,’ Donald Trump Jr. Said" is from the July 11, 2017 World section of The New York Times. It was written by Jo Becker, Adam Goldman and Matt Apuzzo and narrated by Keith Sellon-Wright.