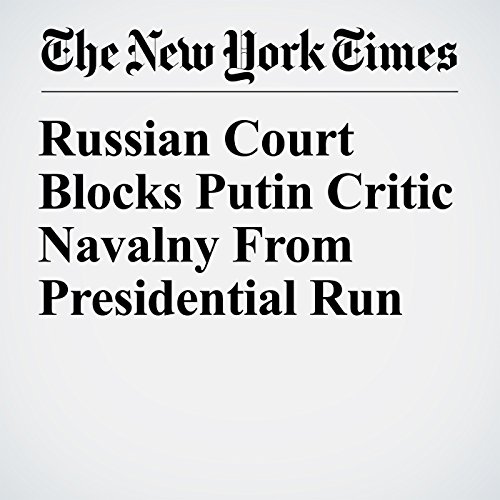 A Russian judge convicted Aleksei A. Navalny, an opposition politician and one of the Kremlin’s most charismatic critics, of fraud charges Wednesday, a move that bars him from running for the presidency next year.

"Russian Court Blocks Putin Critic Navalny From Presidential Run" is from the February 08, 2017 World section of The New York Times. It was written by Ivan Nechepurenko and narrated by Keith Sellon-Wright.