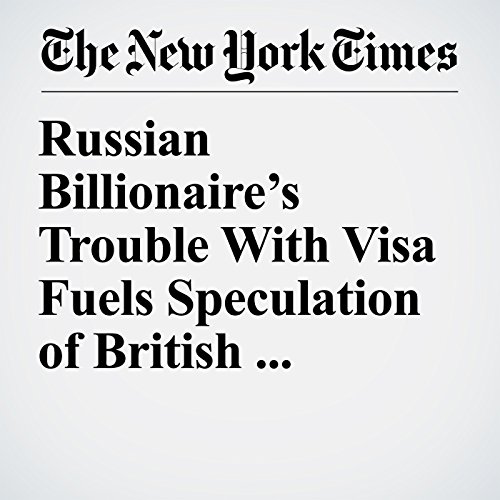 MOSCOW — When London’s premier soccer team, Chelsea, took the field Saturday in an FA Cup final against its archrival, Manchester United, the team’s billionaire Russian owner was mysteriously absent. Even after Chelsea won the game at Wembley Stadium in London 1-0, Roman Abramovich was nowhere to be seen.

"Russian Billionaire’s Trouble With Visa Fuels Speculation of British Crackdown" is from the May 20, 2018 World section of The New York Times. It was written by Andrew Higgins and narrated by Kristi Burns.