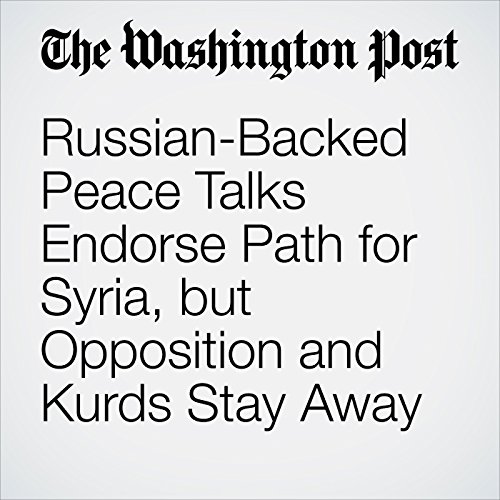 Russia launched a new effort Tuesday to resolve Syria’s war, but Syria’s opposition fears the effort will eclipse or even replace the existing U.N. peace process backed by the United States and its Western allies.

"Russian-Backed Peace Talks Endorse Path for Syria, but Opposition and Kurds Stay Away" is from the January 30, 2018 World section of The Washington Post. It was written by Louisa Loveluck and Liz Sly and narrated by Sam Scholl.