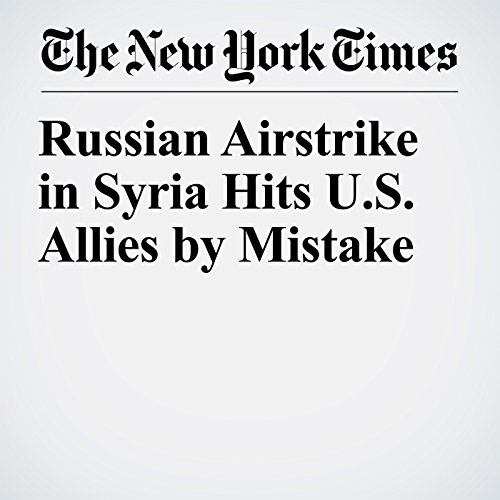 Russian aircraft mistakenly bombed Syrian Arab fighters who were being trained by the United States, the commander of the U.S.-led operation in Iraq and Syria said Wednesday. U.S. advisers were about 3 miles away when the Russian strike occurred.

"Russian Airstrike in Syria Hits U.S. Allies by Mistake" is from the March 01, 2017 World section of The New York Times. It was written by Michael R. Gordon and narrated by Kristi Burns.