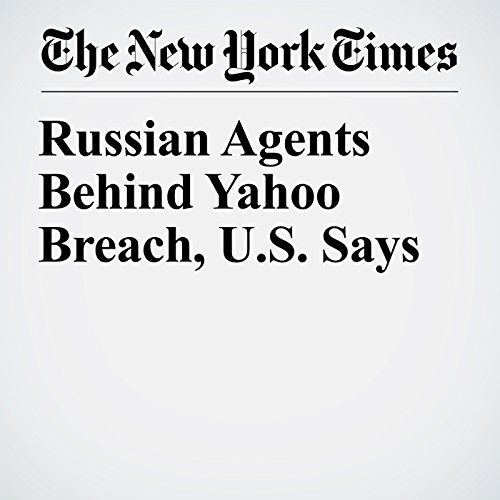 Federal prosecutors announced charges against four men, including two Russian intelligence agents, on Wednesday for their roles in a conspiracy that led to the 2014 theft of 500 million Yahoo accounts, one of the largest known data breaches.

"Russian Agents Behind Yahoo Breach, U.S. Says" is from the March 15, 2017 Business section of The New York Times. It was written by Vindu Goel and narrated by Keith Sellon-Wright.