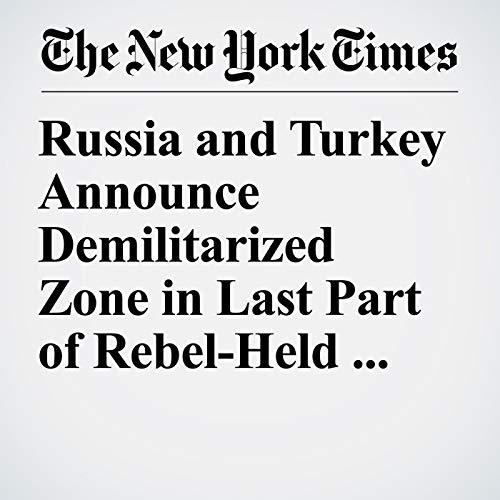 Russia and Turkey said Monday that they would create a demilitarized zone in northwestern Syria’s Idlib province, the last significant piece of territory held by insurgents in the 7 1/2 year Syrian civil war.

"Russia and Turkey Announce Demilitarized Zone in Last Part of Rebel-Held Syria" is from the September 17, 2018 World section of The New York Times. It was written by Rick Gladstone and narrated by Kristi Burns.