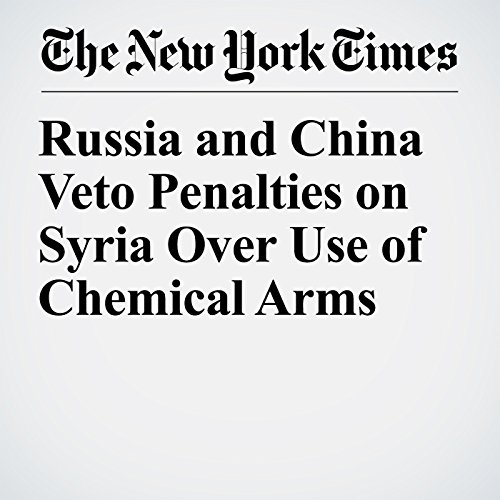 Russia and China blocked a U.N. Security Council resolution on Tuesday backed by the Trump administration that would have punished the Syrian government for using chemical weapons.

"Russia and China Veto Penalties on Syria Over Use of Chemical Arms" is from the February 28, 2017 World section of The New York Times. It was written by Somini Sengupta and narrated by Keith Sellon-Wright.