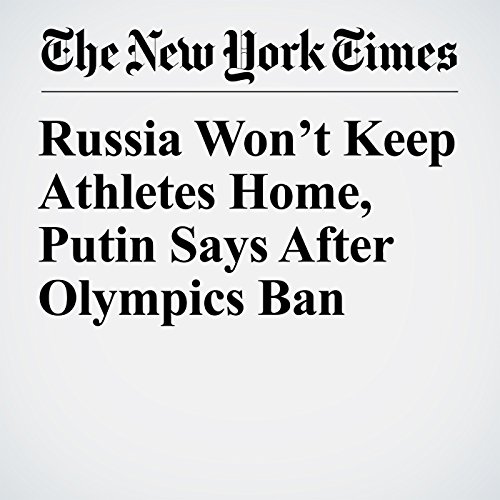 President Vladimir Putin of Russia said on Wednesday that individual athletes could decide for themselves whether to compete in the 2018 Winter Games in South Korea, after the Russian Olympic team was barred because of a doping program.

"Russia Won’t Keep Athletes Home, Putin Says After Olympics Ban" is from the December 06, 2017 Sports section of The New York Times. It was written by Neil MacFarquhar and narrated by Kristi Burns.