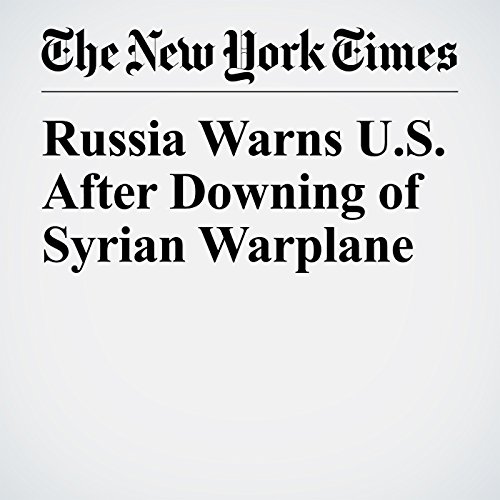 Russia condemned Monday the U.S. military’s downing of a Syrian warplane, suspending the use of a military hotline that Washington and Moscow have used to avoid collisions in Syrian airspace and threatening to target aircraft flown by the United States and its allies over Syria.

"Russia Warns U.S. After Downing of Syrian Warplane" is from the June 19, 2017 World section of The New York Times. It was written by Ivan Nechepurenko and Michael R. Gordon and narrated by Kristi Burns.