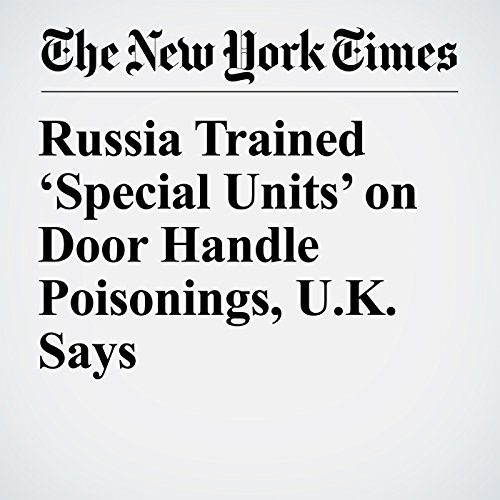 Russia has been researching the application of chemical agents to door handles as a way to assassinate its enemies and has been training personnel “from special units” to carry out such attacks, Mark Sedwill, Britain’s national security adviser, said Friday in a letter to the secretary-general of NATO.

"Russia Trained ‘Special Units’ on Door Handle Poisonings, U.K. Says" is from the April 13, 2018 World section of The New York Times. It was written by Ellen Barry and narrated by Mike DelGaudio.