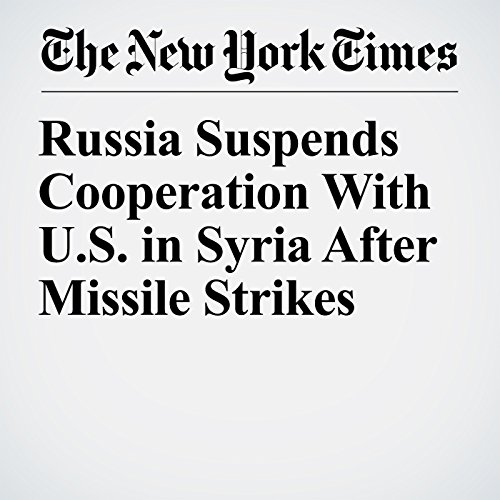 Russia on Friday froze a critical agreement on military cooperation with the United States in Syria after a U.S. military strike, warning that the operation would further corrode already dismal relations between Moscow and Washington. Syria, Russia’s ally, condemned the U.S. strikes as “a disgraceful act.”

"Russia Suspends Cooperation With U.S. in Syria After Missile Strikes" is from the April 07, 2017 World section of The New York Times. It was written by Neil Macfarquhar and narrated by Mike DelGaudio.