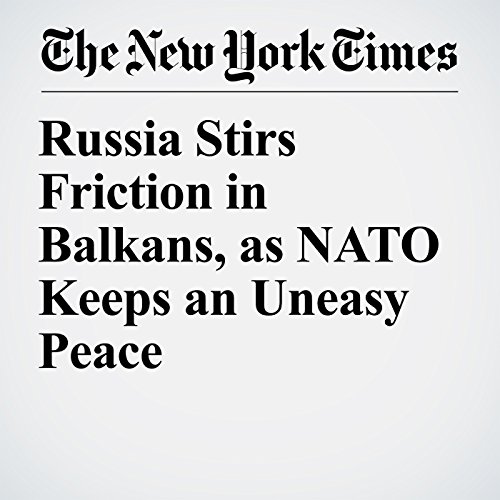 Nearly 18 years after a U.S.-led intervention ended Serb domination of Kosovo, the border patrols are part of the longest-running mission in NATO history. Even as the European Union has made limited progress in brokering a political settlement between Kosovo and Serbia, the presence of NATO forces has maintained an uneasy peace, with animosity between the minority Serbs and majority Albanian inhabitants of Kosovo still palpable.

"Russia Stirs Friction in Balkans, as NATO Keeps an Uneasy Peace" is from the February 19, 2017 World section of The New York Times. It was written by Barbara Surk and narrated by Kristi Burns.